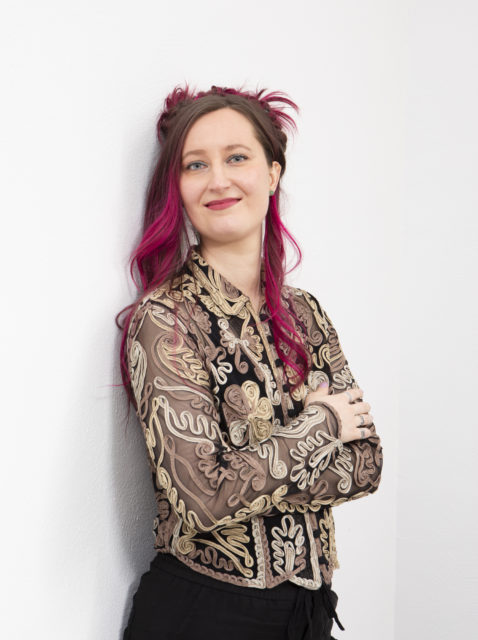 Henna Jula’s works involve biomorphic forms. Her paintings give shape to vegetal bodies, corporeal plant matter, maritime creatures, subsurface scenes, and their hybrid mixtures. In her works, time, scale and perspectives shift. Views move from inside a single drop of water, to the bottom of the sea, and up into the atmosphere. The paintings contemplate on structures that are common to organisms which at first sight are seemingly different.

In Jula’s paintings liquidity is part of both painting, its’ material, and subjects. The colorful and glossy paintings are made by using fluid translucent paints, their flow and repelling reactions. For Jula, painting is a physical and reactive activity in which the movement of both the paint substance and her own body is expressed. Central to her work is the ability of liquid to blur the boundaries of a being and blend it in with something bigger than itself.

Henna Jula has recently held solo exhibitions in Porvoo Art Hall and tm•gallery in Helsinki. She has taken part in joint exhibitions at Kiasma Museum of Contemporary Art and Lappeenranta Art Museum as well as in Taipei and Stockholm. Her works are included in collections such as Kiasma Museum. In 2021 she made a commissioned work for Kiasma Support Foundation’s printmaking portfolio. Jula graduated from Uniarts Helsinki’s Academy of the Fine Arts in 2016, and lives and works in Helsinki, Finland. 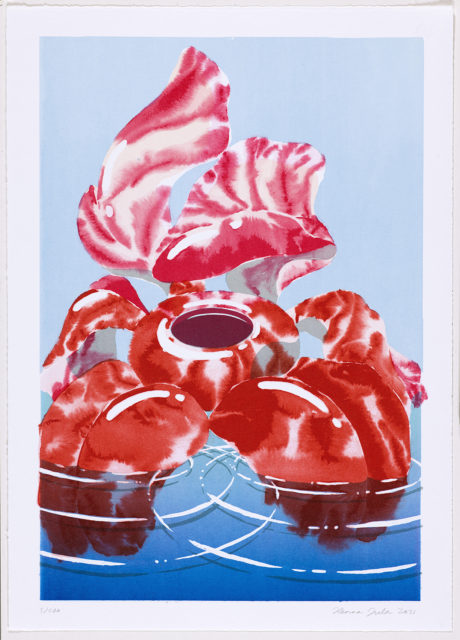 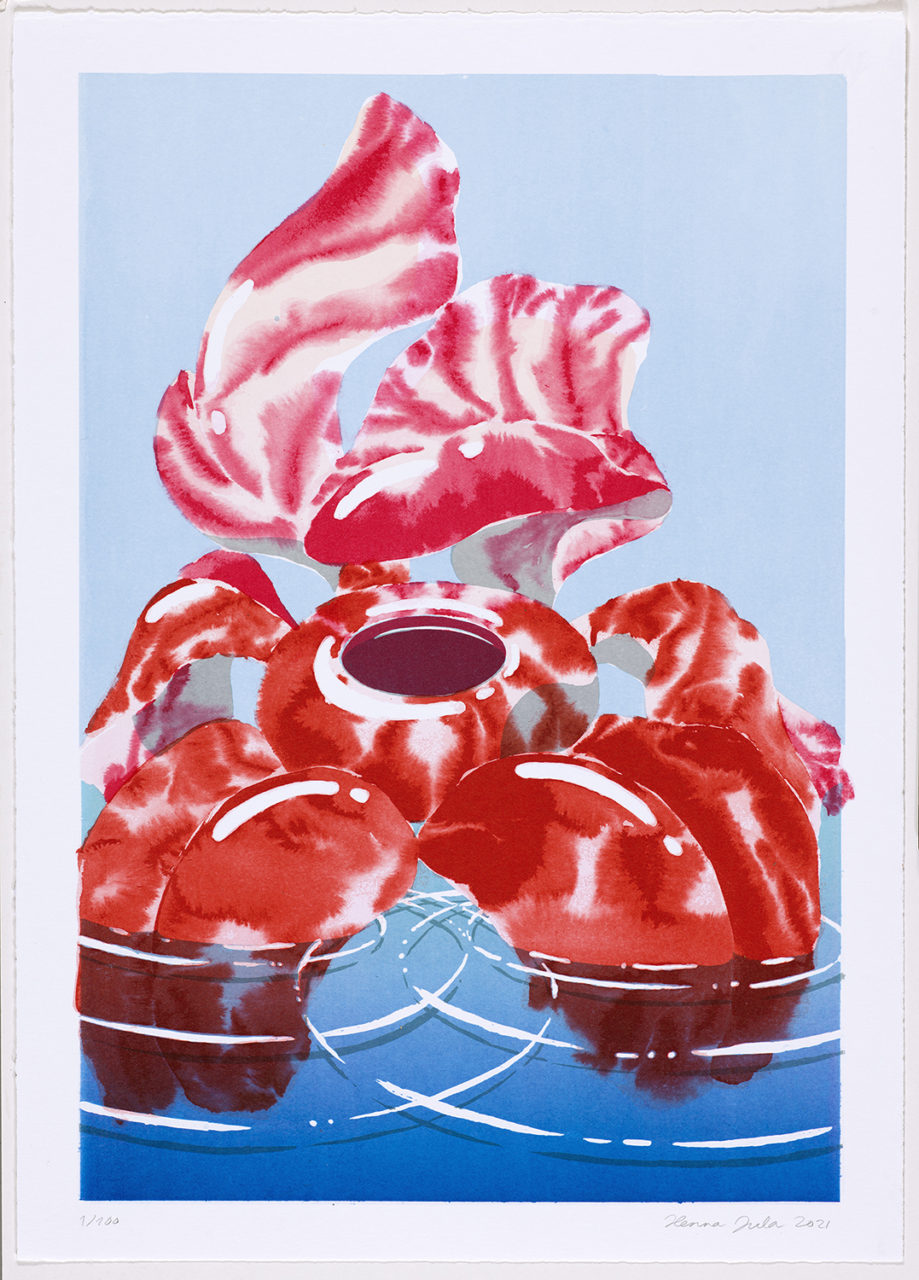 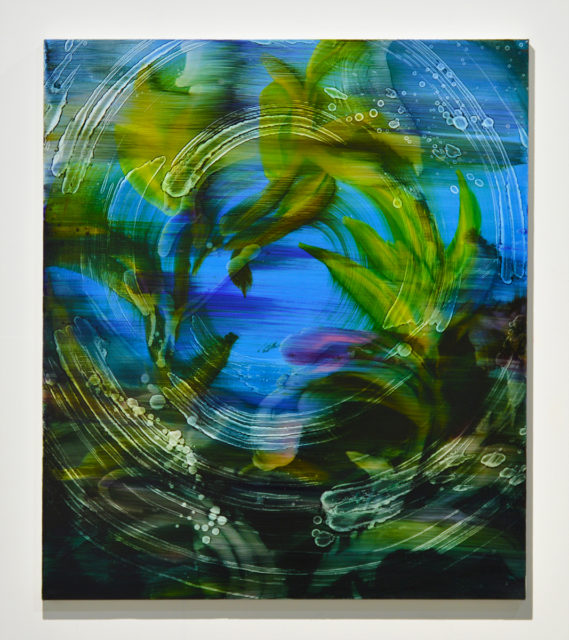 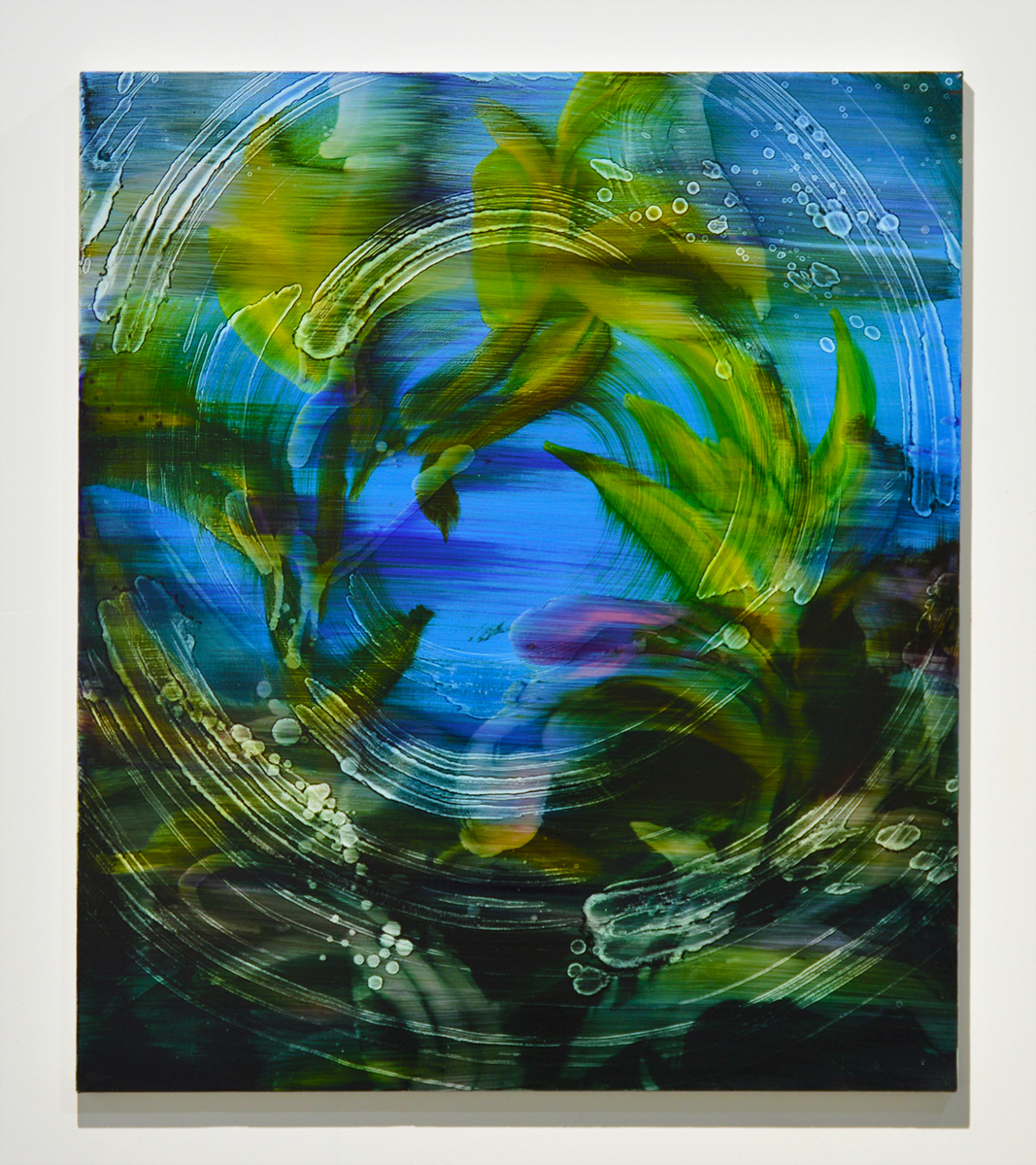 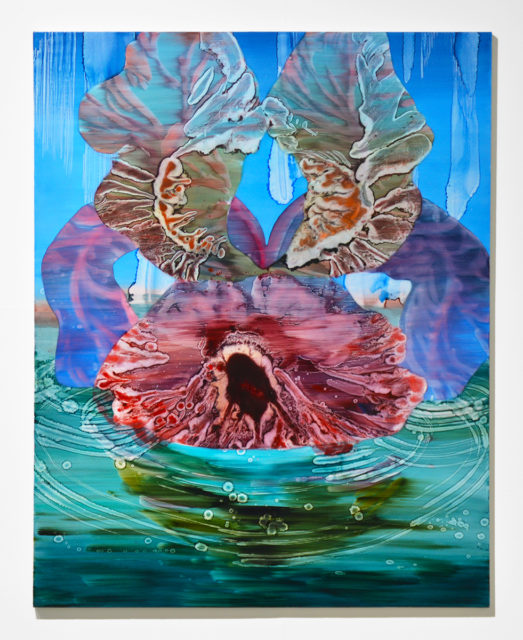 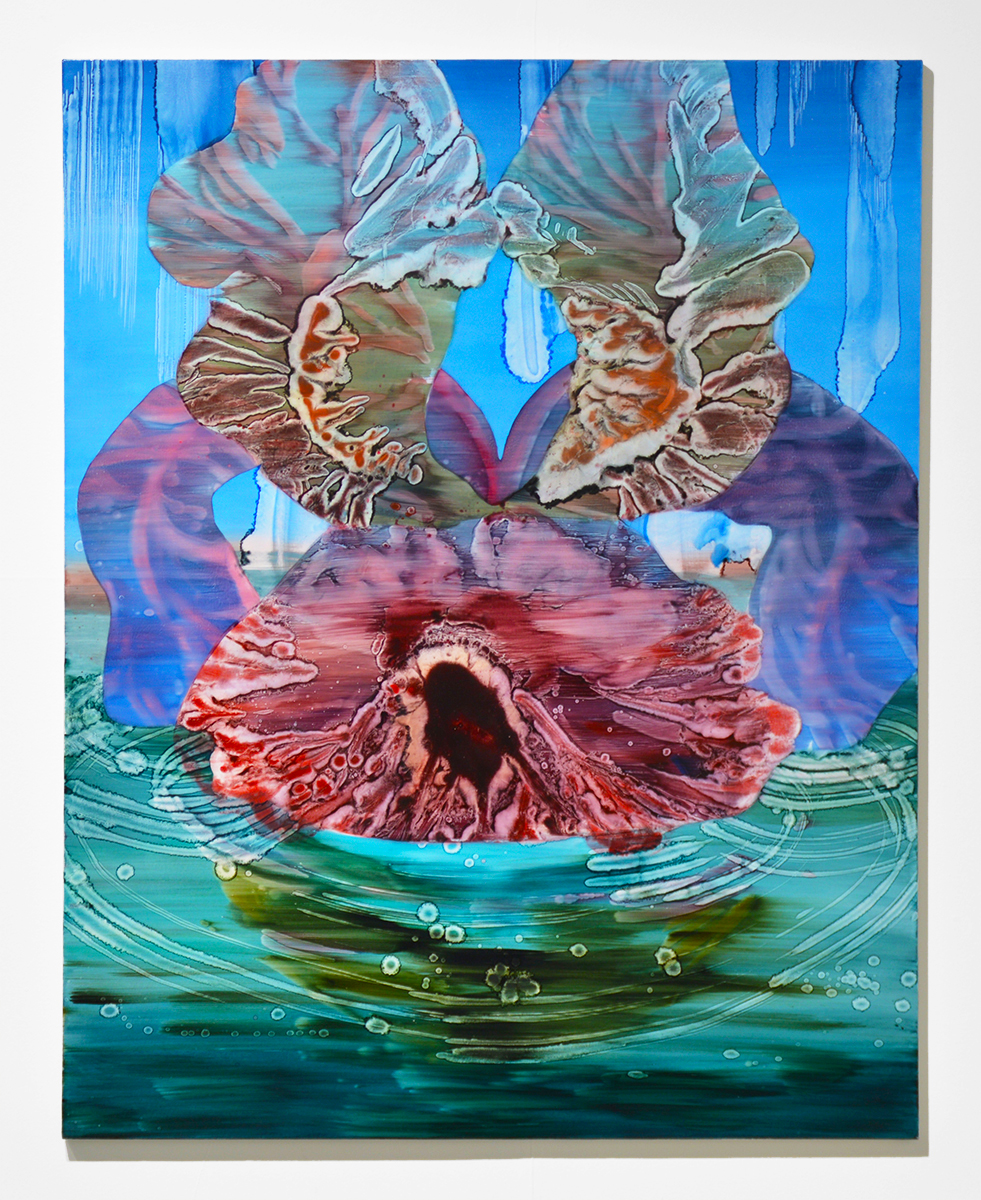 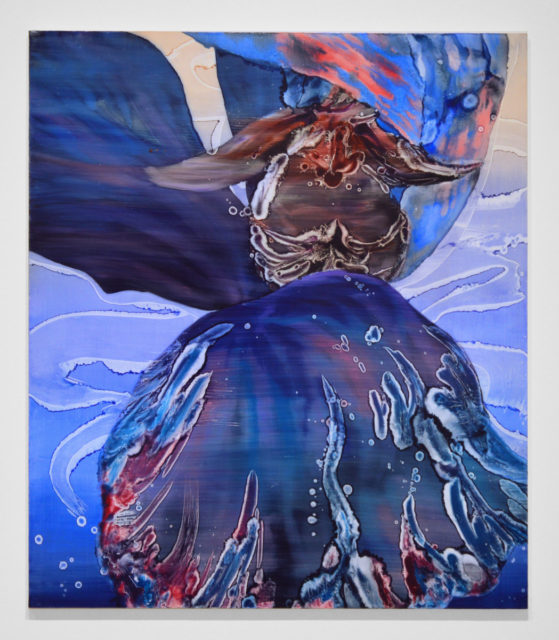 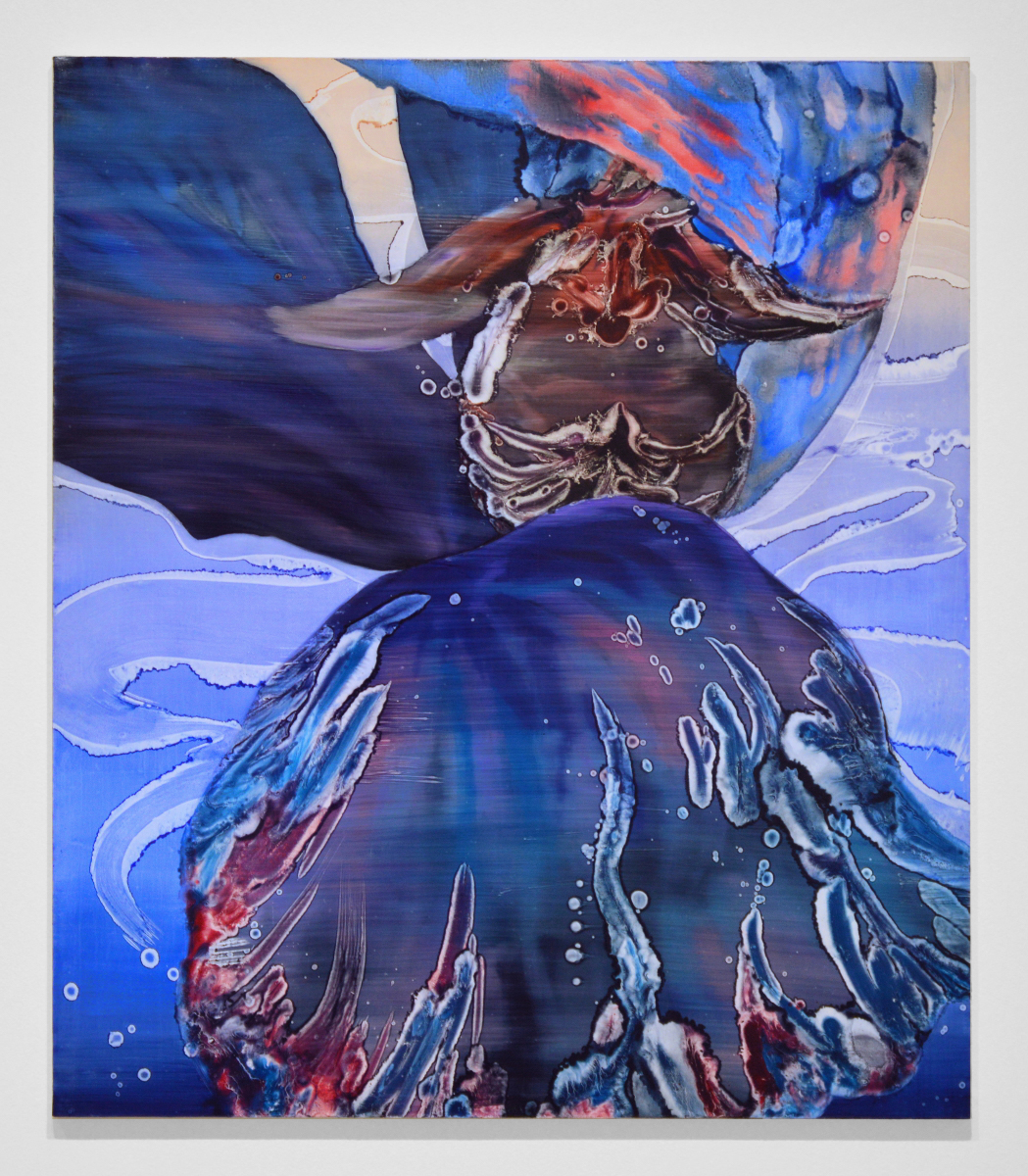 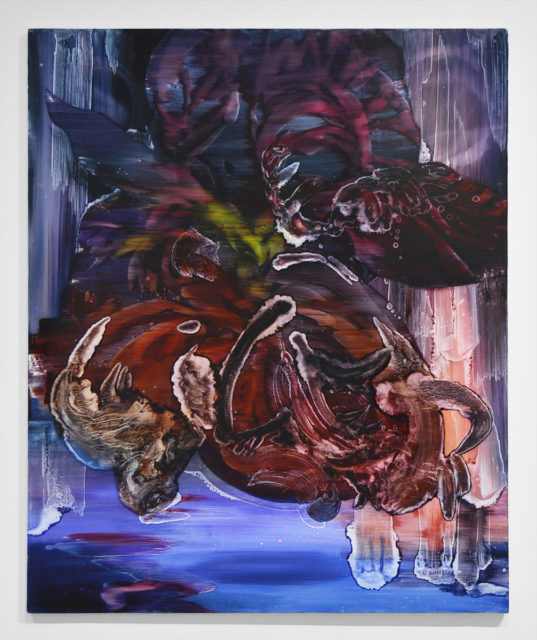 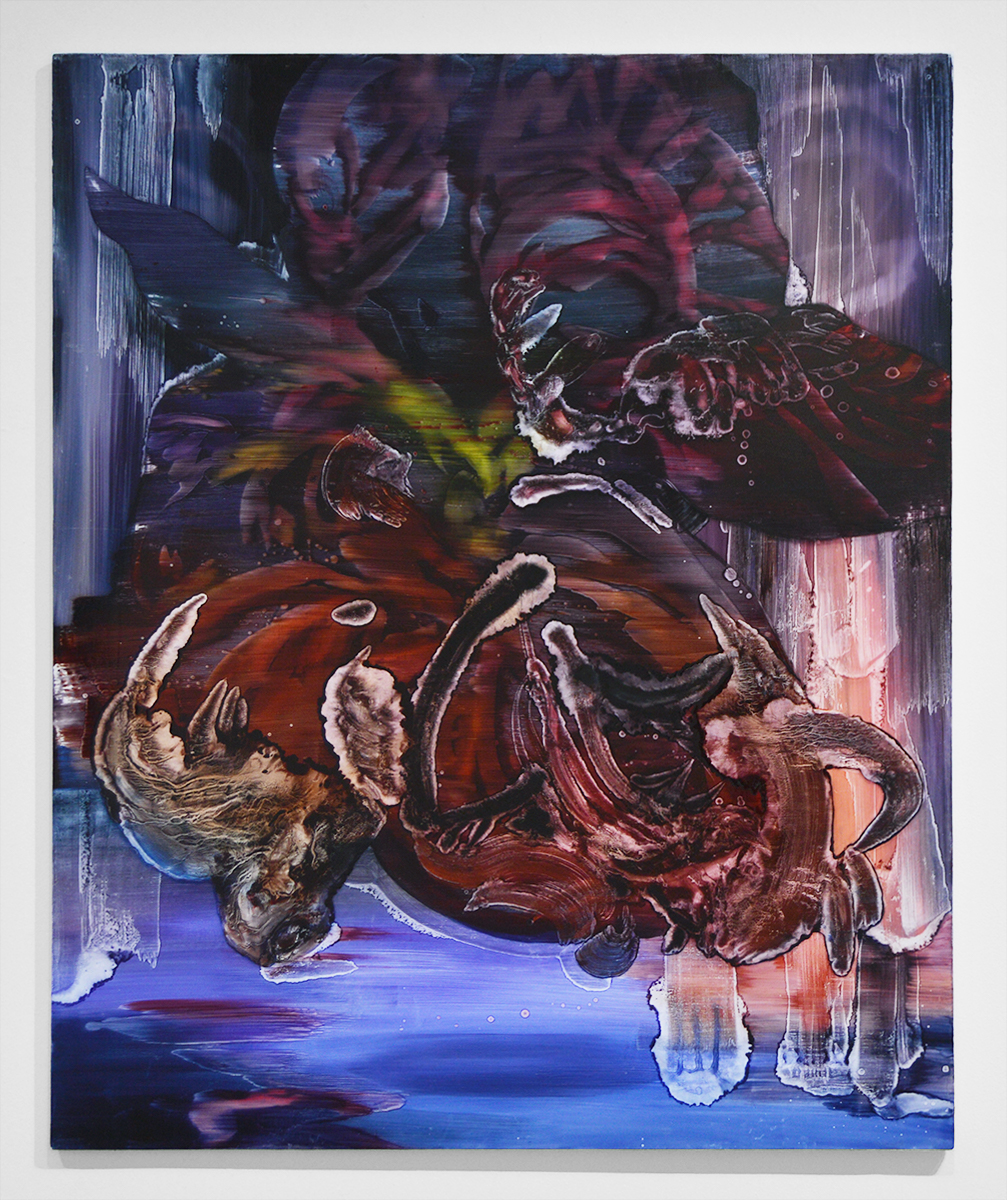 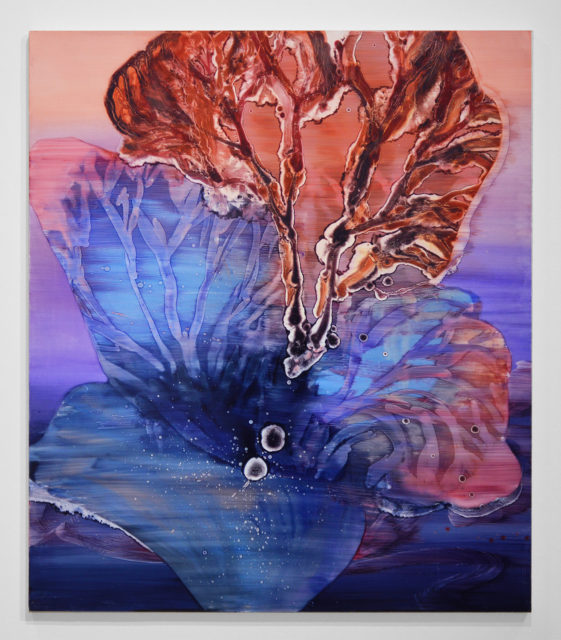 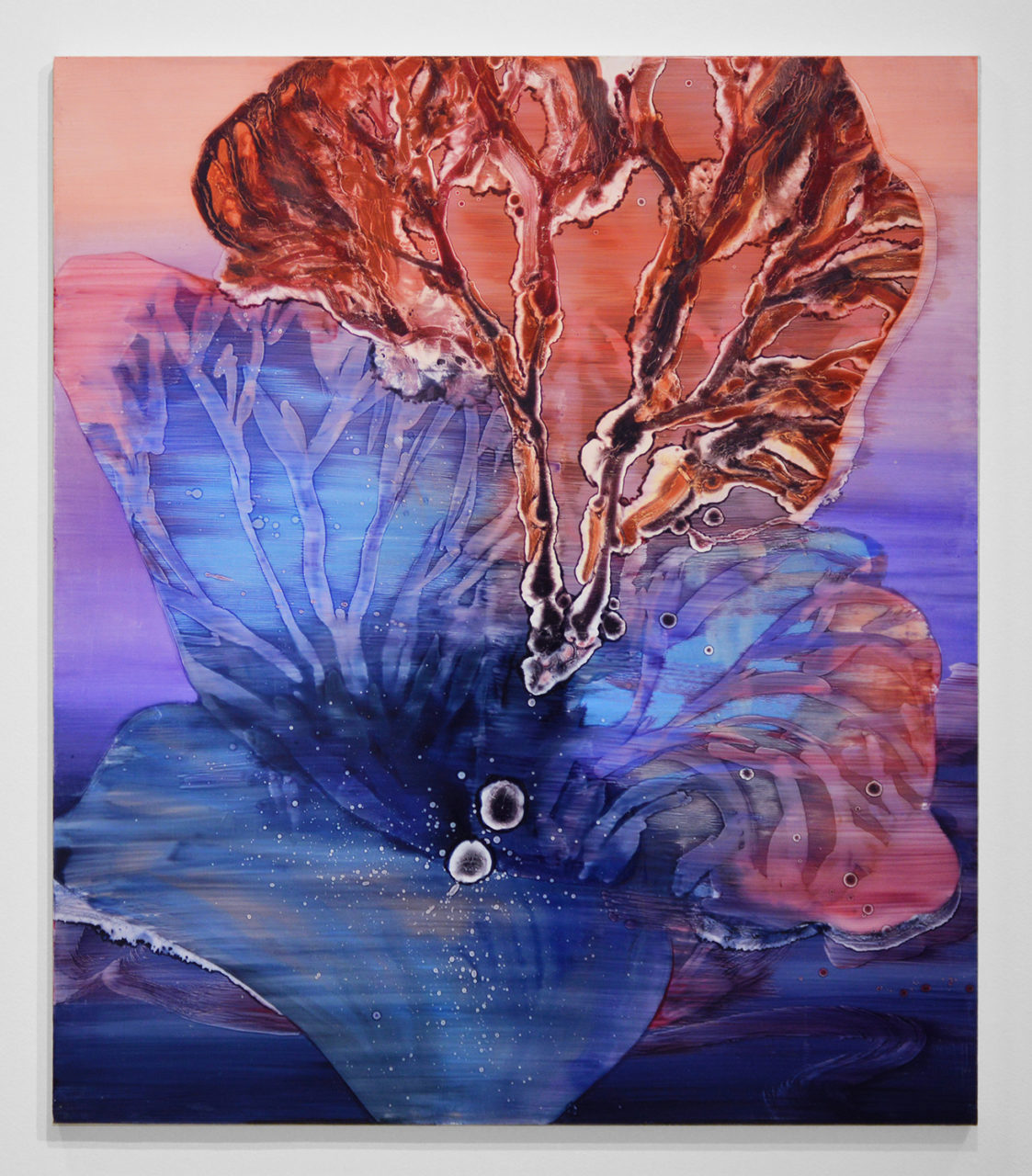 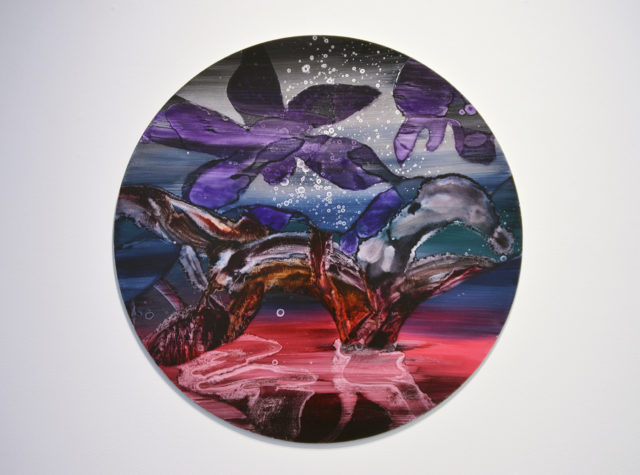 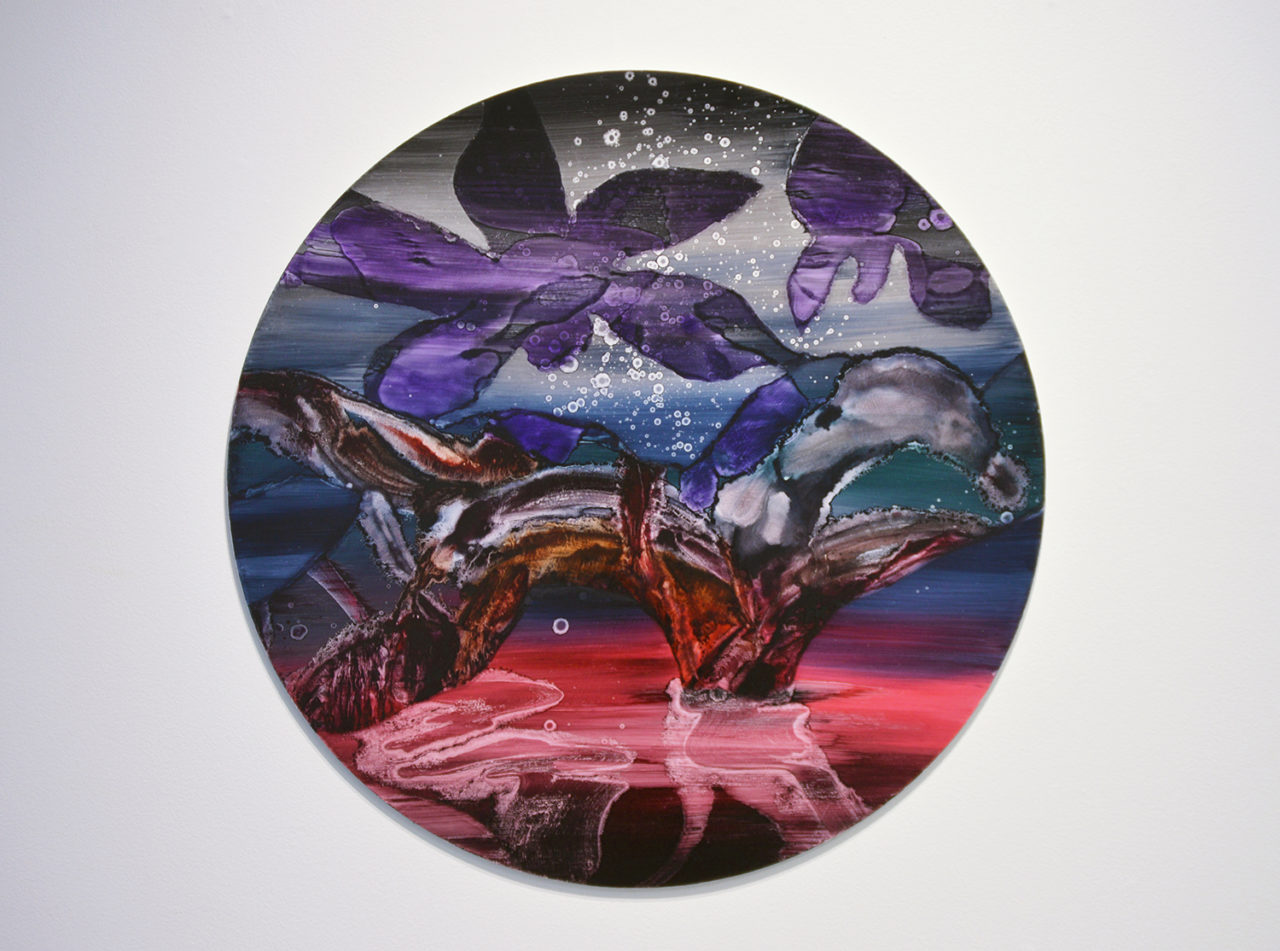 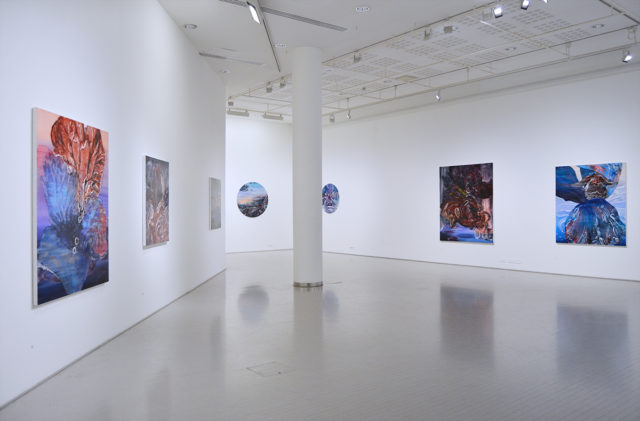 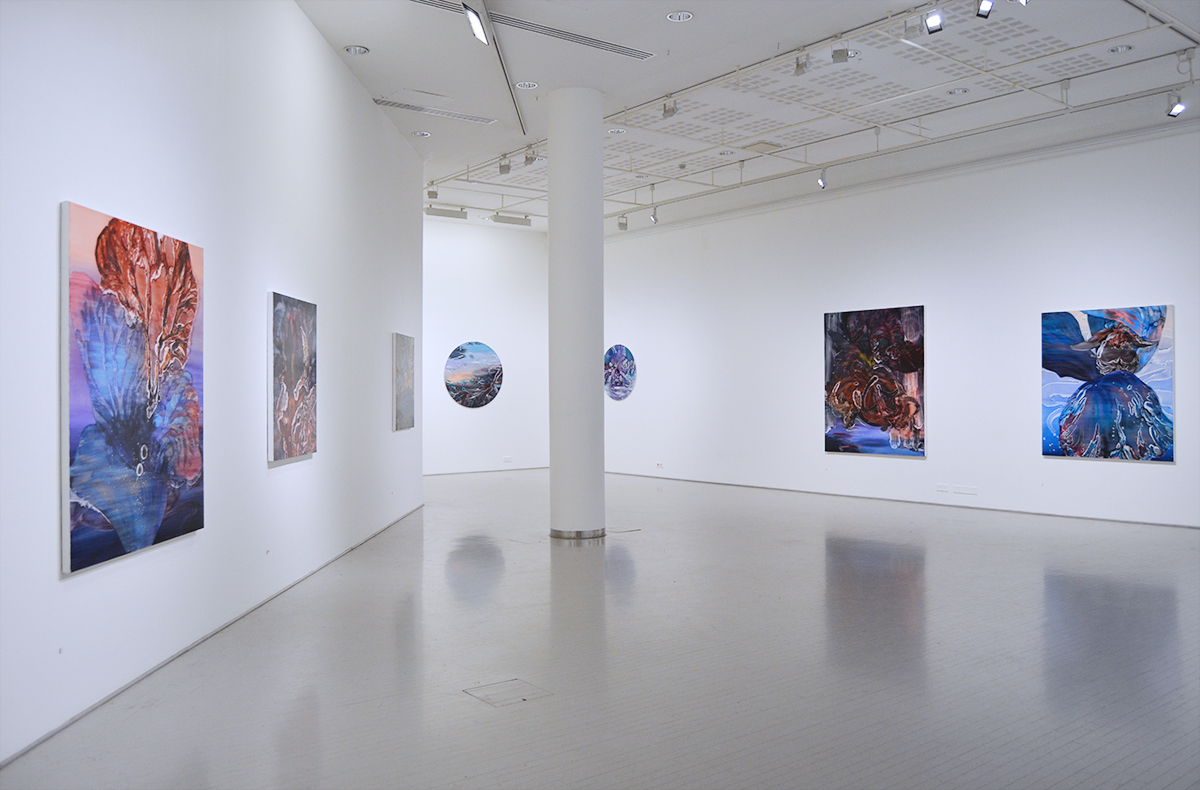 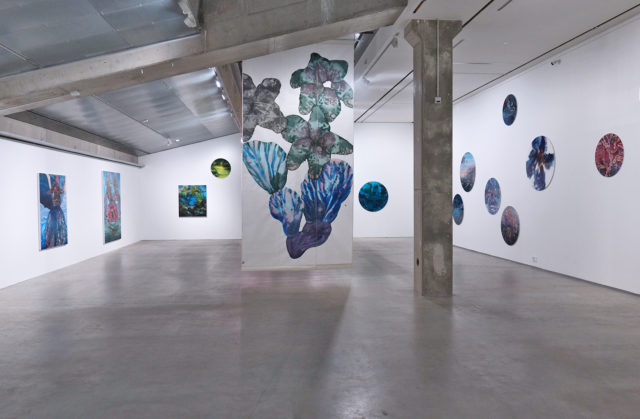 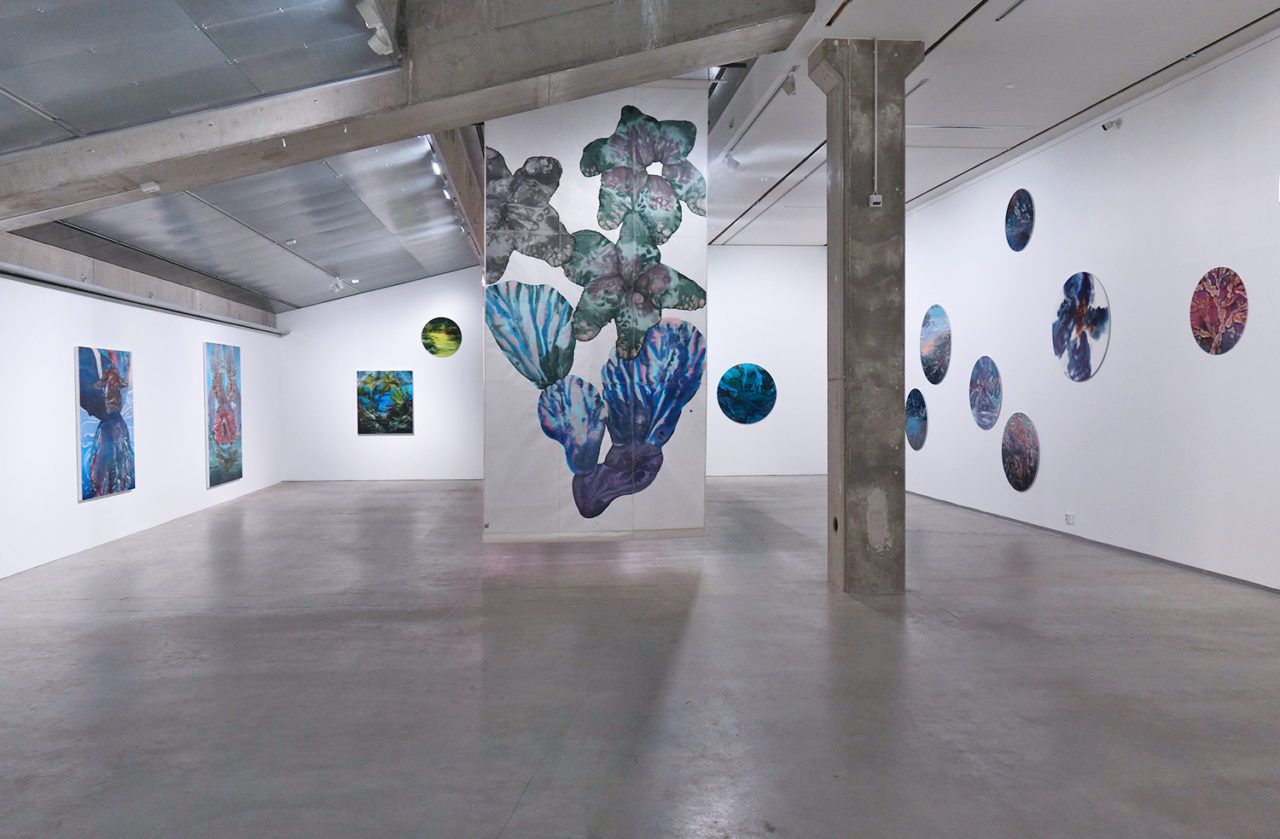